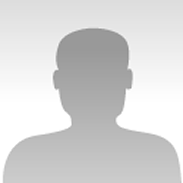 In one of the last sentences stated at the EuroDIG Opening and Roundtable discussion, the Internet was identified as a medium that is changing and directing the evolution of the world. From this perspective then, the Internet Governance (IGF) becomes a process that generates creation of new world governance. Being ’fast and furious’’ and global in its nature, the Internet entails new ways to be dealt with; moreover it requires a move beyond the traditional models of governance if its success and innovative nature are to be preserved.

Being aware of this emerging need for new governance model of a global medium in times when its role is played out differently then few years ago when the WSIS meetings were firstly held, the European internet community raised questions how and if the transformation of IG regime could take place. Namely, as Vincenzo Maria Vita, representative in the Italian Senate, noted, the Internet is not anymore a new technology - it is clear now that the Internet is and will be the engine of information of society and global democratization. With this enormous relevance, the real question is how to transform the existing IG structures, i.e. ICANN along IGF, into organizations or rather systems that can achieve truly democratic governance of the Internet.

EuroDIG panelists found that the answer might be rather simple situated in a multistakeholder approach that entails active and substantial participation of governments, private industry sector, civil society, media, and individual end users. Furthermore, this governance model would use soft power and instead being a single institution it could rather be portrayed as a ‘’mosaic’’ mode of regulation. Existing institutions, such as ICANN, will continue with its role in the IG arena but with its structures internationalized and based on true bottom-up participation. Catherine Trautmann, MEP´s at Strasbourg, stated that exactly this internationalization of ICANN will present the next step of Internet evolution.

However, although the answer to the Internet governance future might appear simple, putting its application into practical terms is more difficult. Giacomo Mazzone, Head of Strategic Audit at the European Broadcasting Union (EBU), finds that the competence and possibility of the cooperative multistakeholder approach still lies in national hands. Truly, European institutions, as the Council of Europe and European Commission have produced some documents that cover certain issues and present starting points for international discussions, it is up to nations to follow principles and cooperate. Importantly, this cooperation not only relies on broad multistakeholder participation but also on bottom-up decision making. A practical solution to this important element of an international democratic Internet regime, would be establishment of national IGFs - that would ensure bottom-up participation processes take place - and that would create input for regional and international IGFs. Although finding a common ground between all stakeholders would be difficult and complex, many panelists agreed that accords on different issues have been made and we need to start to look for more common references on which we all agree and start from there. Only such process entailing broad, diverse, and bottom-up participation would ensure that the Internet is truly governed democratically.