In the footsteps of the global IGF - a regional IGF's experience: LACIGF5

From 24 to 26 September 2012, it took place the Fifth Latin American and Caribbean Regional Preparatory Meeting to the United Nations Internet Governance Forum, so called LACIGF5, being held in Bogotá, Colombia.

LACIGF5 underlies in the 'bottom-up' process, a key principle to Internet Governance, from the venue selection to discussions framework.

To define the venue, the Organizing Committee has issued for the first time a community call to apply for being the host city, and Colnodo, a Colombian civil society organization has been chosen. The event was also organized with the support of other local organizations, such as Dot Co (Colombia Country Code) and the ICT Ministry.

For the second year, the agenda have also been collaboratively developed through open consultations with the whole community in the region. The main thematic sessions have mirrored the IGF Baku, divided into six thematic sessions:

We must remember that a main pillar of the Internet Governance Forum (IGF), arising from the World Summit on the Information Society (Geneva 2003 - Tunis 2005), is to be primarily a discussion forum, not a decision making body. So it is not in the essence of IGF to make recommendations and reach consensus on its debated issues. This same feature is replicated in various regional forums that began to perform some years later.

Therefore, the global IGF and the other regional preparatory meetings are framed into discussion for a, in which different stakeholders are representing governments, private companies, civil society, academia and the technical community perspectives, on an equal footing (or as close to it as possible). They can bring into the table of discussions various views, ideas, experiences, best practices, realities of their own communities, in each of the above mentioned sessions.

This model of national and regional IGFs has been consolidated in the past years, allowing feed local perspectives in the global IGF. Different countries and regions are able to identify and expose their particular relevant issues, reinforcing the 'bottom-up' process, and leading them to the overall IGF. The important thing in this process is to gather the different positions on the various issues proposed, privileging diversity, and a core value that we preserve in these fora, especially globally. 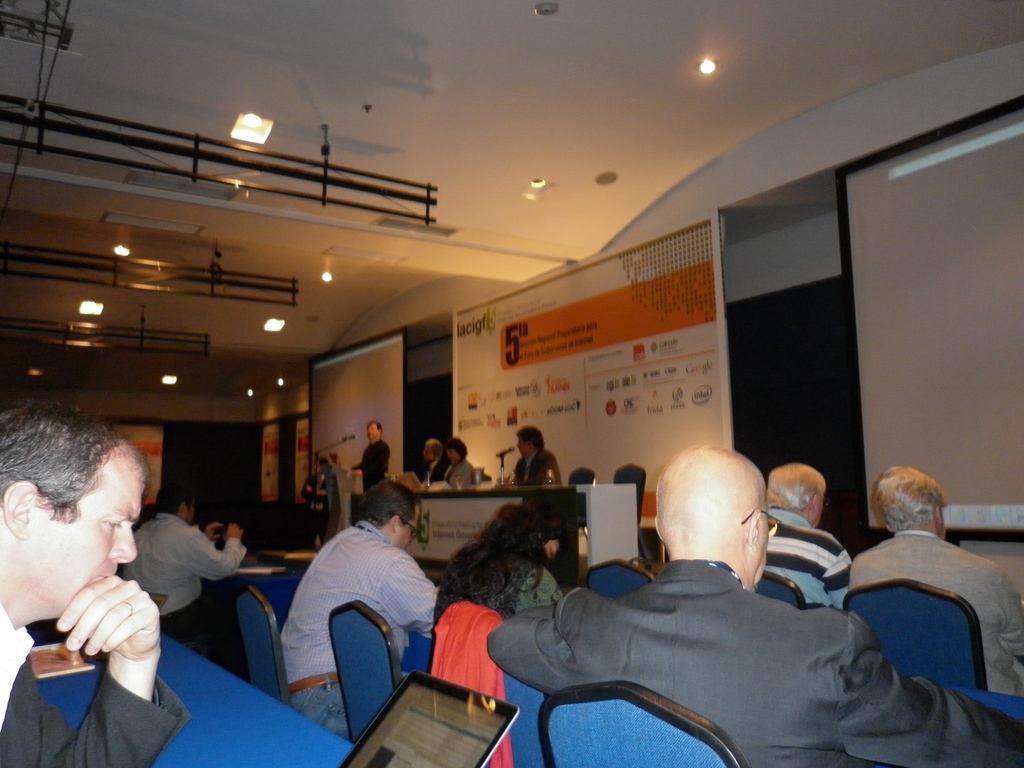