On August 18th, 2009, the first thematic workshop on Internet governance took place for Net-Aman, the Cyber Peace Initiative’s Youth Internet Safety Focus Group. The workshop was organized under the Empowerment Program of the CPI aiming at building the capacity of Net-Aman founders and empowering them to play a vital role in mobilizing their communities around e-safety issues.

The purpose of the workshop was to introduce the youth members of the focus group to the ongoing debate, key issues, and the role of some of the international players in the Internet governance arena in preparation for the Internet Governance Forum of 2009 to take place in Sharm El Sheikh, Egypt.

Vladimir Radunovic and Hanane Boujemi of the DiploFoundation as well as Baher Esmat from ICANN participated as tutors in this workshop providing great insight and thought provoking sessions, in addition to some of the Net-Aman members themselves who had some previous experience in Internet governance. The sessions covered topics such as the evolution of the Internet and the governance debate, the role of ICANN, the digital divide in the MENA region, the infrastructure of the Internet as well as its financial implications on developing countries, multilingualism of the Internet, and finally net-neutrality.

"It was a great workshop that gave us a good overview of the IGF,” reported Ahmed Rashad, one of Net-Aman members, “The topics were really interesting starting from ICANN’s history and its internal structure going through the Internet Backbone Providers and Internet Exchange Points till the digital divide in the MEA region, it was definitely a solid preparation for the IGF.”

“This in not the first time the DiploFoundation and ICANN have been involved in capacity building efforts for Net-Aman,” added Amr Elsadr, another member of Net-Aman, “Diplo sponsored a number of us to undergo its Internet Governance Capacity Building Program in March of 2009, and Baher was a great tutor to some of us at the First Arab Summer School on Internet Governance in June of the same year.”

Net-Aman
The Cyber Peace Initiative and Net-Aman were launched by the Suzanne Mubarak Women’s International Peace Movement in September of 2007 and March of 2008 respectively. Since then, the DiploFoundation and ICANN have actively participated in a number of conferences held by the Movement, sharing in its principle of empowering youth as vital stakeholders in the ongoing issues regarding the Internet.

Other testimonials from Net-Aman members regarding IG workshop included Yasmine Sami who noted, “The thing I liked most about the workshop in general is that it was simple and full of information as well. I hardly had any background about the IGF and I am not an IT person, and still, I could cope and follow", as well as Nevin Elakad who added, “I thought it was highly informative and very interactive. It was very useful and opens up questions that we need to figure out answers to, and things that we need to do something about."

The Cyber Peace Initiative and the DiploFoundation will continue their joint efforts at a thematic workshop they will be participating in together at the upcoming Internet Governance Forum, and Net-Aman is taking its affiliation with ICANN one step further, with one of the focus group members participating in the ICANN meeting in Seoul, South Korea in October, 2009 as an ICANN fellow participant. 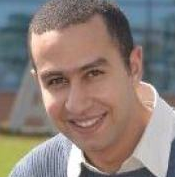