I was browsing Diplo's homepage http://www.diplomacy.edu and was surprised to find this very interesting and practical PDF guide that can help you a lot in finding scholarship opportunities. 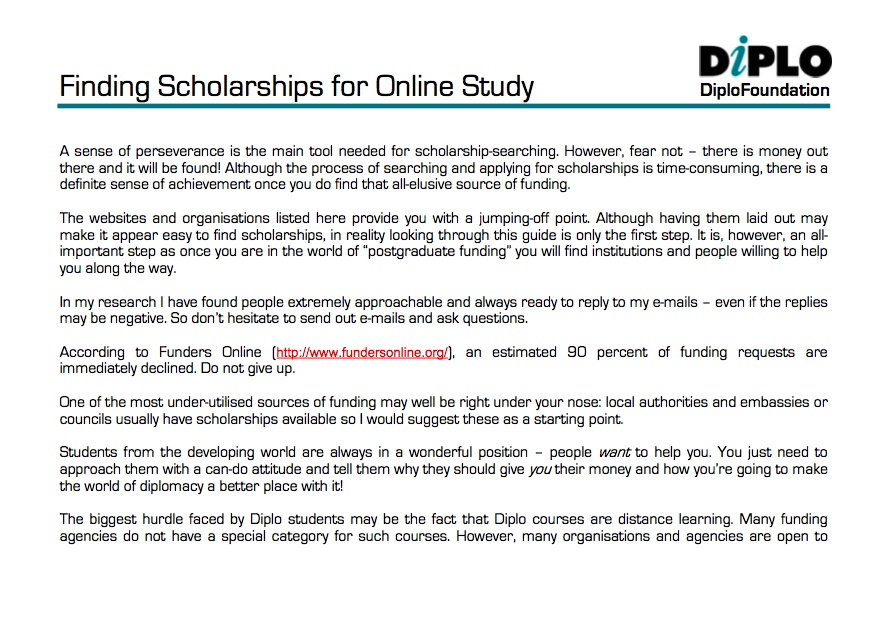 Dear friends,
the first South School on Internet Governance will take place in Buenos Aires at the end of March 2009.
If you are interested in participating in the fellowship program please fill the online form in

also send your cv to my email address olgacavalli@gmail.com

I wish you all the best for 2009!
Warmest regards
Olga Cavalli

Found an article that appeared in the Times of India, which talks about the change in India IT Law as a preventive measure against terrorism

Mahendra Kumar Singh & Kounteya Sinha | TNN
New Delhi: Your email or the personal contents of your computer could soon be under the government’s scrutiny without your knowledge. With Parliament on Tuesday passing a bill which stipulates life imprisonment for those indulging in cyber terrorism and giving the government… Continue

Hitler and the Internet

"Who knows, if the Internet had existed at the time, perhaps Hitler's criminal plot would not have succeeded—ridicule might have prevented it from ever seeing the light of day."

An interesting counter-factual statement from the award speech of Jean-Marie Gustave Le Clézio (The Nobel Prize Laurear for Literature - 2008). The title of his speech is "In the Forest of Paradoxes". Try to dedicate 20-30 minutes. It is an interesting text:… Continue

Working for the office of international affairs of the National Telecommunication Agency (Anatel) in Brazil, I am responsible for setting the international agenda of our board of directors.

Having said that, I would kindly ask for your advice on naming some events on ICT regulation (with a legal bias) that you would find interesting and relevant for a telecommunication regulatory body such as ours.

Please open the link below. This is a civil action I filed together with my law partner against the Provincial Government of Cebu, Philippines on the putting up of a CCTV directed against the building of the Integrated Bar of the Philippines (the association of lawyers) and the collection of parking fees inside the government property. Thank you. Happy Holidays!

I see all that beautifull pictures, but I don't know who is there, or where it has been took. Please could you make a comment in your picture before. Just put Name, Place, event if possible, etc.

The Management of the Internet

During the recently concluded IGF I had an opportunity to participate in a debate regarding the merger of ICANN and the ITU to form one regulator for the Internet. Well my team lost the debate but I have decided to make my true position known on the issues regarding the control of the Internet.

From its origins as inter connected networks, the Internet has developed rapidly into a worldwide tool for delivery of virtually anything that can be imagined. Thus far, the Internet has… Continue

Internet accessibility for people with disabilities


The internet is about empowerment. Access to information and communication is a key aspect for participation in society. If people with disabilities are to exercise their rights actively, participate and make choices about their lives, it is essential that they can access information through adequate communication systems.

For many people with disabilities, accessibility of Internet is… Continue

Day 4 was the last day of IGF and I have interested on the main session about emerging essues.
After the daily briefing of Diplo, I attended to the main session on emerging issues. For this purpose, discussions focus on how internet will be tomorrow? New actors, new technology such Web2 and such internet of things, legal issues, policy orientation, etc.. All recognized the critical importance of internet in our today life everywhere across the world. Several panelist gives their view on… Continue

IGF day 3 was the most determinant to take any opportunity of my participation. I check first to the important issues with regard to Africa and Burkina Faso context. I attend to the following discussion and workshop:
1. Transition from IPv4 to IPv6,
2. Discussion about ICANN and ITU,
3. Building confidence and security in the use of ICTs for African Countries
4. Access to Knowledeg
I participated during only 30 mn for the first workshop:… Continue


RFID traciblity could have impact by creating massive backlash...
Political and Technical ways to prevent these

Identity management on the web...

Joseph -- community and market proof of age...it should be a debate in the social networking community...
People - Processes and Technology together.

Search Engines -- are there for Adults and kids

Does anyone in the Diplo team in Hyderabad also have a Sony Cybershot camera? Do you have your download cable too? Would you be willing to lend it briefly this morning? I have just discovered to my horror that I left my cable at home. I don't have all that many photographs, but I'll be in TERRIBLE TROUBLE with Nikola if I don't give them to him ;-) See you at the booth this morning unless you are in Cyber Service Apartments #1 in which case I'm in Room 512 and will be delighted to hear from… Continue

The last three days of IGF at Hyderabad we have been talking about innumerable topics related to internet and its various topics , privileges, advances so on. But for the first time there was this interesting session presented by DEF (Digital Empowerment Foundation) India on a topic to ensure tha we bring the neglected masses of the underprivilege rural poor who dont have access to internet. The objective of the… Continue

The day long discussions on the subject had brought up the following issues
1. Brazillian problem of Child abuse on Internet
2. Rights of women on Social / Political / Cultural and Economic overtones
3. Respect for Cultural Linguistic Diversity