I am delighted to join the Diplo community

Hi everyone! I would like to witness my happiness to belong to this high community. I hope I will enjoy being in touch with everybody in the scope of building a better world.

The Internet [1] we all know is a network of networks that is interconnected via various electronic devices and gadgets such as routers, switches, gateways, servers … etc. The vast amount of exchanged data takes place using the Transmission Control Protocol / Internet Protocol (TCP/IP). This huge mesh of devices is mostly used for browsing web-pages and exchanging e-mails, amongst an array of other services. This network of networks has changed the way we live and the… Continue

Cloud computing [1] involves the processing and storing of data remotely without having to install additional software on your local PC; i.e. all that is required is an Internet connection and a web browser. Google Docs has entered this industry by storm; it is an office suite software bundle where you can create documents, spreadsheets, and presentations online without having to install any additional software locally. Other examples of cloud computing includes free… Continue

Cyber-security from an IDN Perspective

Cyber-security is one of the emerging topics concerning today’s Internet. It has gained a huge recognition in the past few years due to its importance to the Internet and its infrastructure. Many world organizations have developed working groups, advisory committees, or divisions concerned with the topic such as ICANN’s “Security and Stability Advisory Committee (SSAC)” and ITU’s Cyber-safety division, to mention a few… Continue

Current Situation
Jordan started the initiative of deploying IPv6 in February 2009. Back then, Jordan's National Information Technology Center (NITC) - being the official ISP of the Jordanian government and its CTO - reserved a HUGE block of v6 IPs from RIPE NCC for its use, as well as for the government as a whole… Continue

Since May 20, Pakistan has experienced a wave of strict internet content control with thousands of web pages blocked following a Facebook campaign inviting users to “Draw Muhammad”. The Facebook campaign pushed Pakistani authorities to actively engage in blocking and filtering internet content, leaving Pakistani citizens powerless against the online blanket ban. Further plans by the government to continue to filter any…
Continue

In first place, we are to distinguish between "Fundamental Rights", on the one hand, and "Human Rights" on the other one. It will also include a contrast between the reasons both in favor and against the idea of considering the access to the Internet as a "Fundamental Right".

To this end, we start… Continue

To continue with our interviews with alumni who took the Internet Governance Capacity Building programme, today we have the honour of talking to Nnenna Nwakanma, Founder and CEO at Nnenna.org, Côte d'Ivoire 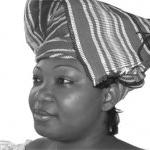 Remote Participation for IGF Planning Meeting next week in Geneva

Remote participation will again be available for the IGF Planning Meeting in Geneva (next week). Marilia Maciel of the IGF Remote Participation Working Group will be present at the meeting, and will act as remote/online moderator. You can find her online during the remote participation, through the provided platform (watch for updated links at www.intgovforum.org) and you can also send questions or comments to june2010@intgovforum.org

Call for papers: Internet Governance in Latin America & the Caribbean

On behalf of the Program Committee, please find below our Call for Papers for the Fifth GigaNet Symposium, to be held on Vilnius, Lithuania on 13 September 2010. Since IGF is going to
happen early this year, we have a tight schedule to submissions and
evaluations.


I am grateful for the PC… Continue

Anti Piracy plans have again actively hit the agenda of Governments around the world. For some unfathomable reasons the entertainment industry is trying to fight a lost battle in a war they lost in the 1990s when Napster first came online. All this fruitless exercise of lobbying for the future of entertainment industry seems very…

Pakistani internet ban is excuse to “curb voices against corruption”

After lifting the nationwide Facebook ban on May 31, the Lahore High Court directed authorities to devise methods to permanently block “blasphemous content” on the internet in Pakistan. “We believe that this order will be misused by the government to block citizens access to online activism and curb voices against corruption and corrupt practices by the government functionaries and that an open internet is essential in the fight for transparency,” says internet rights defender Bytes For… Continue

Given that it is hard to imagine modern life without using the ICTs and that their usage is increasing every day, it is not hard to understand why is the issue of the impact of ICTs on the society one of the topics of almost all meetings concerning ICTs. These new technologies contributed to the fact that most people the world in which we are living today consider as e-world.

ICTs, since their appearance, influenced a rapidly change of the world. The field of ICTs is very broad and… Continue

Is the Internet access a fundamental right of citizens?

Today’s society is witnessing huge and important changes in itself. We are living in the information society. That new environment raises new questions and challenges for all of us, whether we are IT experts, economists or lawyers. One of the preconditions for being a part and an active member of that society is Internet access. Without Internet access we are not able to use the wide range of other opportunities that Internet offers.

Conducted by DiploFoundation
In cooperation with ICT4D Jamaica, CTU and ICANN


DiploFoundation is pleased to invite participants from the ACP (Africa-Caribbean-Pacific) Group of States to register for a training workshop on Internet Governance issues (IG) and ICT policies.

The training workshop will give… Continue