How Many African Women are Online?

First BlogCamp in Ghana: Voice of a New Generation

MAG renewal announced by the UN: follow up to Diplo's endorsement process

The United Nations has announced the renewal of the Multistakeholder Advisory Group (MAG) for the Internet Governance Forum (IGF). Congratulations to  the new MAG and everyone involved in the IGF process. Sincere appreciation to all outgoing MAG members, including Diplo associates Katitza Rodriguez and Fouad Bajwa.

The Diplo Community endorsement process was important for this MAG selection, and we thank all of you who put thought into the your…

You can still join online for the webcast and live transcript of today’s Public Policy Meeting. For details on broadcast times and how to connect to the webcast, chat, and live transcript, or to refer to the Remote Participation Acceptable Use Policy, please see: http://www.arin.net/ARIN-XXVIII/remote.html

Preview today’s agenda and check for updates at:…

This week, DiploFoundation announced a new call for applications. The info is below, as well as at http://www.diplomacy.edu/blog/call-applications-advanced-courses-internet-governance

Diplo is pleased to announce a new call for…

[Webinar] Illegal online content and liability of Internet intermediaries: Why not shoot the messenger?

Join us tomorrow, Tuesday, 24th April, for our monthly Internet governance webinar. Our host, Vladimir Radunovic, will discuss the theme 'Illegal online content and liability of Internet intermediaries: Why not shoot the messenger?'

More info is available below, or here, where you can also register.

I met Hempal this afternoon at the INET-meeting. I suggest that we see each other tomorrow morning at Diplo which is in Rue des Lausanne 56 (5 minutes walk from the Railway Station towards UN). You will need 10 minutes by tram to reach the conference center.

We will prepare some snacks,  coffee and tea. Please let me know if you could join us.

In my studies about internet law I developed a thesis about the possibility of digital will trough the internet. The resistense is enormous but it is very possible, because primarily legislation didn't prohibit. And it is a issue that is very important to internet governance because involves many aspects, and at the end go directly to the human and personality rights.

Indeed the will is a unilateral juridical transaction natural to the declaring party, cannot be authorized to other…

Friends, the following TED talk was delivered by Walid Al-Saqaf, an activist and a programmer from Yemen. Walid's website, Yemeni Portal, was blocked by the government in 2008. Listen to Walid as he talks through the birth of Alkasir, the software that is preventing his site (and thousands of others) from being censored.

Walid is also a participant in this year's Internet Governance Capacity Building Programme, and a new member of our…

The Future of Internet

The position of Sergey Brin google co-founder is a really resume of what are we having on internet nowadays, his worries and believes are a very important issue that agregate a contribution to the discussions on internet governance issues.

What do you think about the Unesco iniciative about open source to scientific information.

Internet of things in discussion in European Comission, and it will going to legislate about the issue.

What do you think about, how it will impact our lives, and the relation between human and internet? 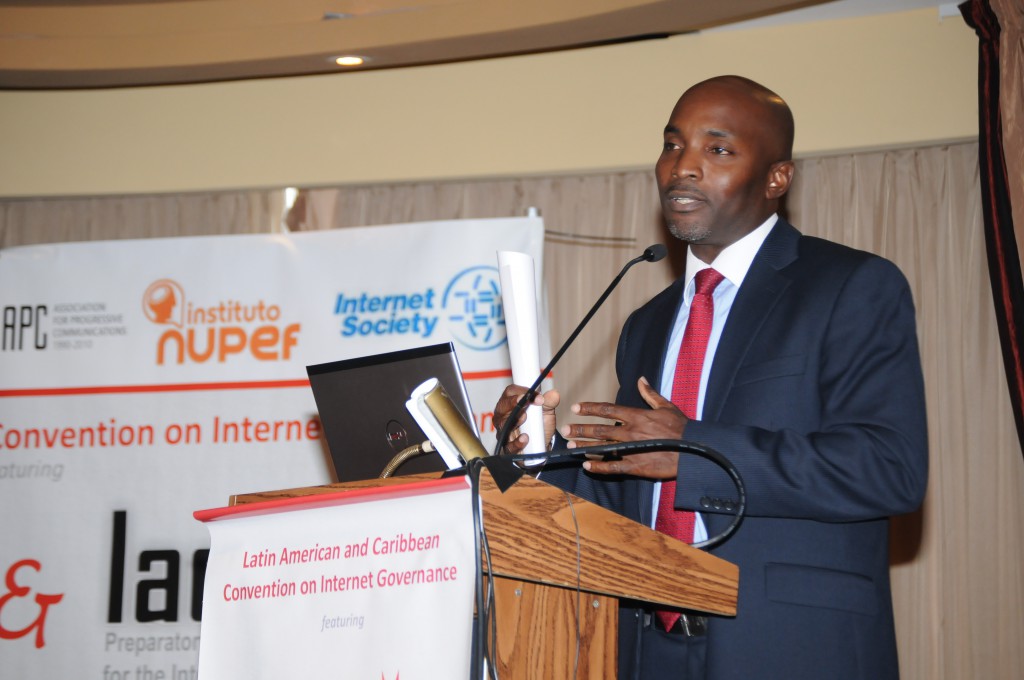 Rodney Taylor, acting Secretary General of the Caribbean Telecommunications Union, and alumnus of our Internet Governance Capacity Building Programme 2008, has been interviewed on Caribdirect.com, a leading online news portal…

Cyber threats and security in the Caribbean

Over the last few weeks, I have been exploring on my blog, ICT Pulse, cybercrime and security across the Caribbean. The springboard for the discussion were reports that a major telecoms provider in the region had a Dedicated Denial of Service (DDoS) attack which affected network performance. Moreover, tech experts have claimed that we the Caribbean might not appreciate the extent to which we are subject to cyber threats.

As a staring point the discussion, I have engaged in a series of…

In recent years, a new problem solving / production model featuring distributed approach has emerged titled as Crowdsourcing. It is an online, web-based model that connects a distributed network of individuals through an open call for participation to solve a wide variety of problems. Over the past decade, various such systems have appeared over the Internet including Wikipedia.

The official definition of the term arrives from its originator, Jeff Howe, defining it as "the…