"A Journey through Internet Governance" Illustration in multiple languages

By offering this illustration in multiple languages, we hope to reach more people around the world. If you are working in the area of Internet governance or related fields and are interested in translating this illustration, please feel free to contact us at minam@diplomacy.edu 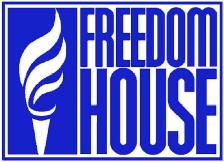 Internet freedom is facing a growing number of threats across the world, according to a new research report published by watchdog organization Freedom on the Net…

Freedom on the Net

The much awaited and anticipated report on the global assessment of Internet and Digital Media titled “FREEDOM ON THE NET 2011” has been released by global watchdog Freedom House.

In order to illuminate the emerging threats to internet freedom and identify areas of opportunity, Freedom House created a unique methodology to assess the full range of elements that comprise digital media freedom. Each country received a numerical score from 0 (the most free) to 100 (the least free),… Continue

It was an idea whose time has come.  Regional initiatives in East and West
Africa are already in their fourth year, the Central Africa… Continue