How to visualize Internet governance? One of the course participants mentioned that she likes the idea of building blocks, however she would be more inclined to see it as a spheroid, with issues becoming more salient at a… This is the contribution made by one of the IGCBP participants during Week 2:

QUOTE
Another angle for explaining Internet Governance and its relevance for its emergence, is mapping of Socio-Economic and Technology principles against Maslow's… Continue

Thanks to the huge volume of very good applications, Diplo has saw the need to offer more places and create more groups for participants from Africa, the Caribbean and the Pacific.

The seven groups, forming part of the APC Capacity Development programme in IG and ICT Policy, gather 127 participants from 48 APC countries. Diplo has also offered fellowships to every participant admitted to the programme.

In two weeks since the start of the programme, the classrooms have been… Continue

My Wife Francy's Blog:What can we do for registered .CN domain name real audit days

This is the author of Mrs. Wang Xiu-Yu (Francy,As a Senior Engineer of China Internet Network Information Center ---CNNIC customer Department ) wrote blog last night . This afternoon she finally returned to the CNNIC head Office, at the end of the working time, her happy mood, her mobile phone forgotten in the Office, It's very difficult as I know in past 4 months for CNNIC do for registered .CN domain name real audit Internet governance in the China… 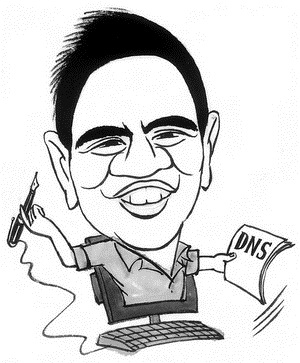 ISOC has three open calls for participation for programs of your interest: the ISOC Fellowship to the Internet Engineering Task Force (IETF), the ISOC Internet Governance Forum (IGF) Ambassadors programme, and the new ISOC Next Generation Leaders eLearning programme.

Diplo is happy to inform that 27 Participants completed the Internet Governance ACP Training Workshop, held in 11 and 12 March 2010.

On the feedback reports received, what was most…

What is an "Internet user" for those creating statistics?

We have all seen these statistics representing different aspects of the Internet economy.

Even basic numbers such as "Internet users" can oftentimes be misleading if we do not have a clear understanding of the definition of what they try to represent. How to promote access and create effective programs if the most essential question of how many people are already included cannot be clearly defined? …

It lasted 17 years since 1989 to reach one million ".br" domain names. Yesterday, only 3 years later, we celebrated our second million!

Convincing an African Businessman to Attend the IGF

...from an exercise at IG Diplomacy at Nairobi

That was the kick-start of an interesting discussion started by the participants of the Internet Governance Capacity Building Programme - IGCBP 2010 Group ACP Africa B.

Since the exchange was held in a private space in a learning context, here goes a short synthesis of the many points raised:

Internet use: Has it brought more harm than good?

One of DiploFoundation elearning features is the interactivity among course participants. The online classrooms are private spaces for exchange, facilitated by a Diplo certified Tutor.

Here is an exchange that happened in the very first week in the IGCBP (Internet Governance Capacity Building Programme) 2010 ACP Africa D, tutored by Ulemu Nyasulu from Malawi.

One participant started a topic with a simple… Continue

One of the participants of this group commented that the Zimbabwe Cabinet announced the new ICT strategy plan for Zimbabwe, in February 2010.

CERTs and security in Africa: How to set up a CSIRT

How to set up a CSIRT? Diplo Tutor Mwende Njiraini from Kenya shares with her colleagues at the Internet Governance Capacity Building Programme - IGCBP ACP Africa A:

"A STEP-BY-STEP APPROACH ON HOW TO SET UP A CSIRT"
Starting with definitions:

Green-Paper: "The State and Challenges of OER in Brazil: from readers to writers?"

The goal of this Green-Paper is to examine a wide variety of issues in applying information and communications technologies to education,… 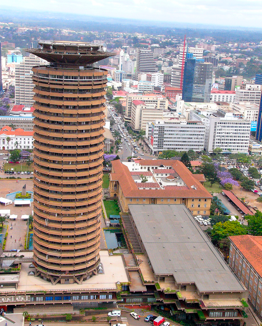 NAIROBI, Kenya (Diplo) - This 30-storey building is the Kenyatta International Conference Centre in Nairobi, where the forthcoming ICANN meeting n. 37 will be held from 7 to 12 March 2010.…