[Webinar] Developments and outcomes of WCIT12 – what happens next? 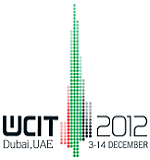 Export to Outlook or iCal (.ics)

The meeting has been surrounded by controversy: from heated debates over whether the ITRs should include the Internet in their scope, to anti-ITU campaigners arguing against proposals by the UAE, Russia, China and others; from allegations on the improper ‘vote/non-vote’ procedure, to the continued leakage of documents on WCITleaks.

The December IG webinar will focus on the outcomes of the WCIT negotiations. Our special guest, Internet governance analyst Samantha Dickinson (@sgdickinson), has been following the meeting very closely, and will brief us on what has been going on in Dubai.

Join us, on Tuesday 18th December, at 10:00 GMT, for a discussion on the most important issues surrounding WCIT. Some of the questions our special guest will discuss are:

Whether you followed WCIT or would like to learn more about its outcomes, next Tuesday’s webinar is not to be missed. To participate, simply follow this link to the registration form. Attendance is free of charge; registration is required.

RSVP for [Webinar] Developments and outcomes of WCIT12 – what happens next? to add comments!