The Art of Digital Surveillance and Things to Come in Pakistan

The art of surveillance has been practised throughout history. Sun Tzu's The Art of War, for example, written in the Fifth Century BC, contains a chapter on “The Use of Spies” where he describes the different ways spies may be used to monitor enemy forces. The most crucial development that has taken place, with the rise of democratic states, over the last two to three hundred years, is that the focus of state surveillance has shifted from external threats to the monitoring of the state's own population. Surveillance has notably increased in the last decades of modern society. Surveillance studies scholars like David Lyon or Clive Norris and Gary Armstrong stress that we live in a surveillance society where surveillance in general and Internet surveillance in particular have become a crucial phenomena. For example, web 2.0 activities, such as creating profiles and sharing ideas on Facebook, announcing personal messages on Twitter, uploading or watching videos on YouTube, and writing personal entries on Blogs, enables the collection, analyzes, and sale of personal data by commercial web platforms.

The Internet has become a multi-billion dollar industry, because it was primarily corporations that were interested in collecting, analyzing and assessing a huge amount of personal consumer data in order to target personalized advertisement. Corporations started mapping consumer profiles including demographic and psychographic data in order to target advertising and to accumulate profit. State institutions such as governments and corporations like Microsoft and Google use special surveillance technologies that allow the monitoring of online behaviour in one central database.

Castell one of the most influential thinkers understands the rise of the Internet as an emergence of a powerful electronic surveillance system and concludes: “If this system of surveillance and control of the Internet develops fully, we will not be able to do as we please. We may have no liberty, and no place to hide”.

The new politics of surveillance in a post 9/11 information society has led to the increase of the surveillance techniques such as identity cards, smartcards, data sharing schemes, and smart passports for mass population in order to create a suspect population always under the surveillance. Similarly in Pakistan we have also seen the proliferation of such surveillance techniques disguised under the umbrella of national security starting with the identity cards and plans to create a centralized DNA database having unique identifier linking your cell phone numbers, SMS/GPRS data usage, Bank accounts, Passport details, travel details, car registration plates etc. 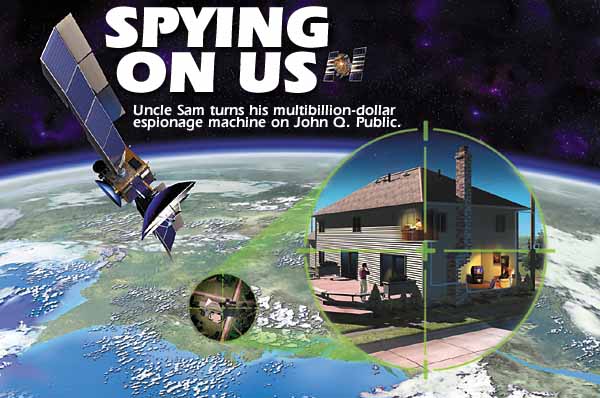 Advances in communications technologies have enabled countless new opportunities for development and exploitation of individuals’ rights. Western companies have been supplying high-tech surveillance software to countries where there is little or no legislation governing its use. Countries like Pakistan are at greater risk than ever before as their governments embark on the journey of electronic surveillance on their own people.

Thanks Pete! The way governments in collaboration with corporations are working especially in developing countries for surveillance of its citizens is scaring given the very little public awareness about the issue and lack of legislations

Thanks for this, Arzak, really interesting - and chilling - to see how this is commercial interests are spreading  this technology with, ironically, little surveillance by the public.