Mexico, formally the United Mexican States is a federal constitutional republic, the Federal Electoral Institute (IFE) is responsible for organizing federal elections, The Institute is an autonomous, public organization. Mexico is a federation of thirty-one free and sovereign states and one Federal District, each state has its own electoral institute. In Mexico, the national electoral register has been automated, this database contains demographic information about voters, for voting in Mexico citizens must obtain a voting card (this document includes voter's signature, digital prints, picture and the CURP number (census single code). Mexico has implemented electronic voting (e-voting), in some states, i.e. Distrito Federal (Federal District), Coahuila and San Luis Potosí, at national level e-voting is still at evaluation stage. On 2005 and 2008 Coahuila State made legally binding e-voting political elections (not all territories participated), this State used 100 electronic voting machines. The Electronic Voting Observatory (OVE) worked together with The University of Leon (Spain) in 2009, they have made to Coahuila e-voting system many proofs of functionality.

On July 1st, 2012 the Electoral and Citizen Participation Institute of Jalisco used 1,200 e-voting pools on 43 municipalities (617,000 voters); the first e-voting political election in Jalisco was made on 2009 in Tuxcueca using e-voting pools in the entire municipality. 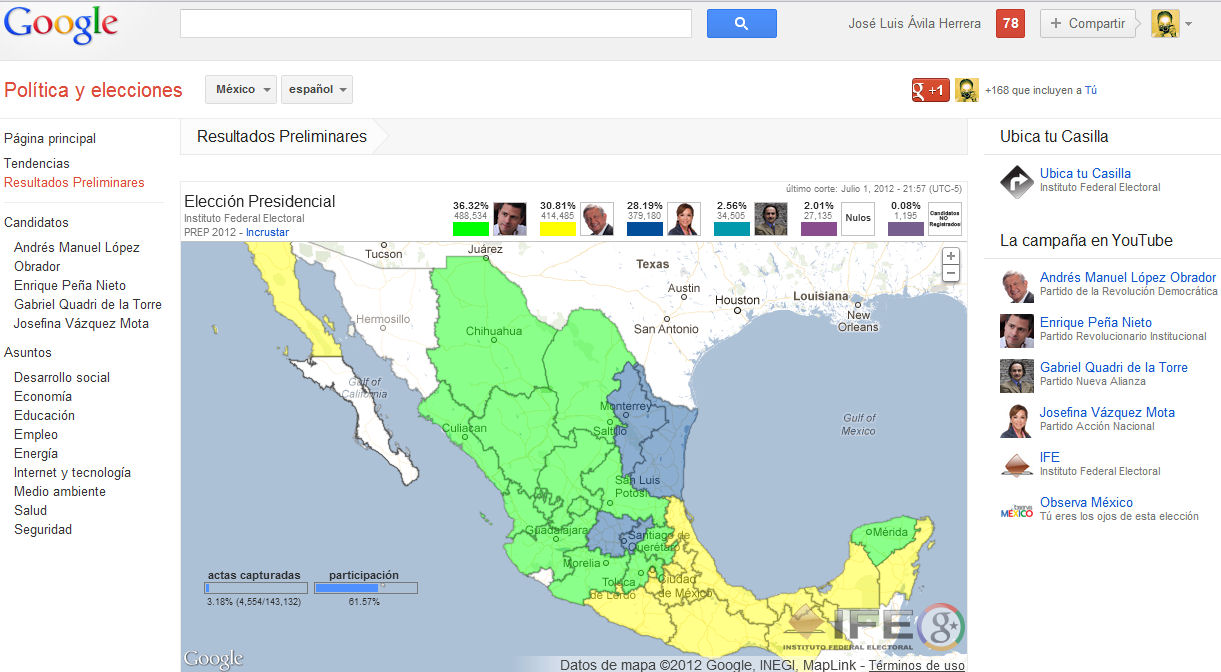 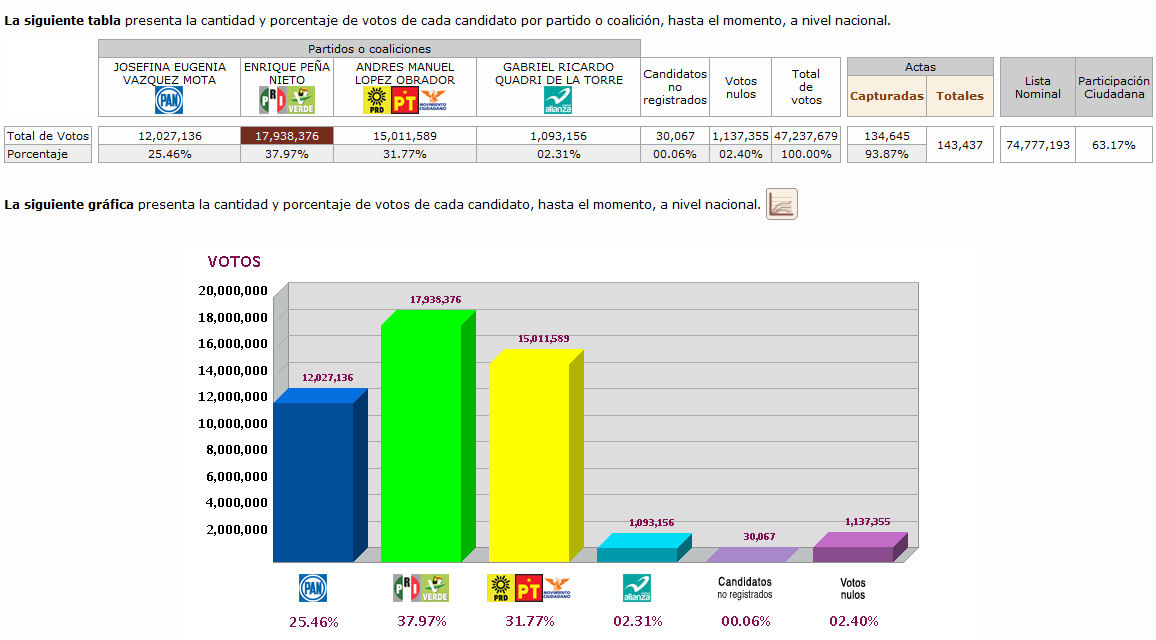 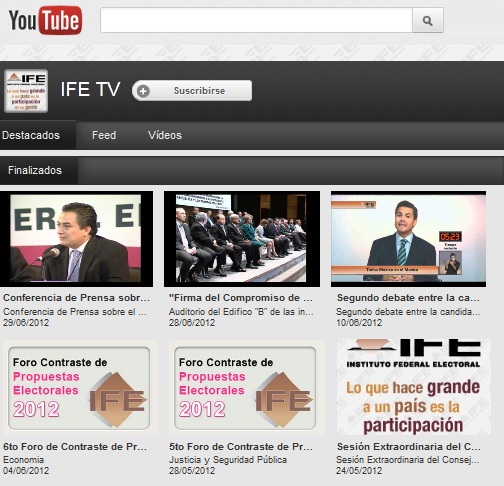 Information Sources (only in spanish):

How do you vote by Internet? - by IEDF

The Electoral Tribunal of the Federal Judiciary judgment on 2012 e-...

Comment by Erika-Yamel Munive on July 26, 2012 at 12:08am
Hi Bonface!!, you are welcome!!, from which country was that news channel?, maybe you are right..few days ago I was reading about Somalia and I think that somalians have more problems than mexicans... I hope that Mexico will never reach current statistics on violence in Somalia, I wish all the best for Somalia' s future.... :)

Thank you very much for sharing your experience on e-voting in Mexico! I found the information to be very useful and informative.

I also liked the pictures you provided. It's nice and graphic. I was wondering if it'd be possible to include pictures, but now, from your post, I see that this is possible.

What are you own personal experiences with e-voting? I've never had the chance to experience e-voting, so I would love to hear a personal account (personal narritive) from someone who has direct experience.

I also have a few questions in relation to e-voting in Mexico. How does it work if the person is illiterate? if he/she is not comfortable using the computer (or doesn't know how)? What if the electricity goes out? How did the government ensure that there would be no cheating? Do you think that the votes and election were transparent? I personally have my concerns and reservations. What about hackers? If they can hack into the Pentagon, why can't they hack into the computer and servers and change the results?

Thank you for your contribution and for addressing my concerns.

Comment by Bonface Witaba on July 13, 2012 at 6:19pm
"Ola Erika.Muchas gracias for sharing. I was watching one of the international news channels during the Mexican elections weeks ago and they said, "Mexico is to America, what Somalia is to Africa". I guess this was pointing to the lawlessness and the drug barons/cartels. Do you echo those sentiments?