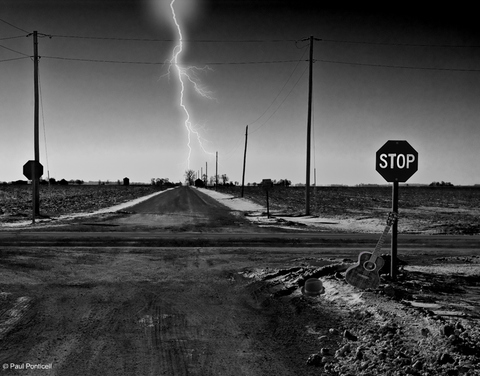 The human civilization has lived through numerous evolutionary processes dating back centuries.  The agricultural revolution followed by industrial revolution and the present age information revolution have transformed into massive social, political and economic change for people. These evolutionary adaptations were very influential to each other and to what life is today. Without these revolutions, we would still be hunter gatherers. The agriculture revolution has lasted for thousands of years followed by the industrial revolution pioneered by the steam engine and in the last few decades the information revolution pioneered by transfer of “bits & bytes” using complex Internet infrastructure.

The open and free Internet has generated an unprecedented explosion in social and economic development (an under-researched area) also highlighted in the first quantitative assessment of the impact of the Internet on GDP and growth by McKinsey Global Institute. According to the study “the Internet's impact on global growth is rising rapidly. The Internet accounted for 21 percent of GDP growth over the last five years among the developed countries MGI studied, a sharp acceleration from the 10 percent contribution over 15 years. Most of the economic value created by the Internet falls outside of the technology sector, with 75 percent of the benefits captured by companies in more traditional industries. The Internet is also a catalyst for job creation. Among 4,800 small and medium-size enterprises surveyed, the Internet created 2.6 jobs for each lost to technology-related efficiencies”. Asian countries like India and China are also rapidly accelerating their influence on the Internet economy at faster rates than Japan and already have plans to become the leading innovative economies.

The promise and potential opportunities provided by Internet especially to developing countries is overwhelming not only economically but also in the form of political participation and decision making processes. However, despite the positive social and economic impact of the Internet this wonderful technology stands at the crossroads. The recent “Arab Awakening” and growing social-political participation over the Internet in developing countries have led many regimes to propose means of regulations for the Internet. Many believe that this strategic step led by China, Russia, India and some Arab states to hand more control of the Web to the United Nations and place rules on the Internet would empower governments to clamp down on civil rights and free speech. The ITU currently is conducting a review of the international agreements governing telecommunications and it aims to expand its regulatory authority to include the Internet at a treaty summit scheduled for December of this year in Dubai. Experts believe that such a move would seriously jeopardize the future of Internet and its users. The economic, social, and technical advances driven by the Internet are endangered by these efforts. A recent report by Analysys Mason also supports “that the current free model effectively promotes Internet growth and access in developing countries and argues that any fundamental regulatory overhaul could halt such growth and find users cut off”. The impact of any regulatory intervention to the free model of Internet would have serious implications for the growth and development of Internet in developing countries where Internet is evolving based on commercial considerations as opposed to regulatory dictates.

Stopping the evolution of the Internet will affect the developing countries more than anything else as they are coming to the position to benefit the most from the openness and originality of the Internet. Only two billion of the world’s seven billion people currently have access to the Internet and reaching users at the bottom of the pyramid should be the priority of policy goals. The current proposals to regulate the Internet infrastructure will not only kill innovation but also stall its development in the long run.

Further readings for sources cited above:

Mayengo thank you for your comments.

Just like any one else thinks, development of any industry is strongly based on it's ability to support innovation. Just like the industrial revolution was highly boosted by the free market economy where the world political leaders had no too much political powers but the customer did, the internet should not be different.

From the past, it's development has been because of it's openness and it's ability to support innovations and creativity, the internet might not survive with out the free market model. If it is going to take another ITU meeting to allow a particular technology, invention, it will take ages before we see new technology.

Many people will be bored with the bureaucratic tendencies what so ever available and forget about investment in Internet and that might be the end of the Internet penetration in developing countries.

Thank you so much for the great piece! Worth reading and Educative.