Can Technology Help to Preserve Elements of Culture in the Digital Age? 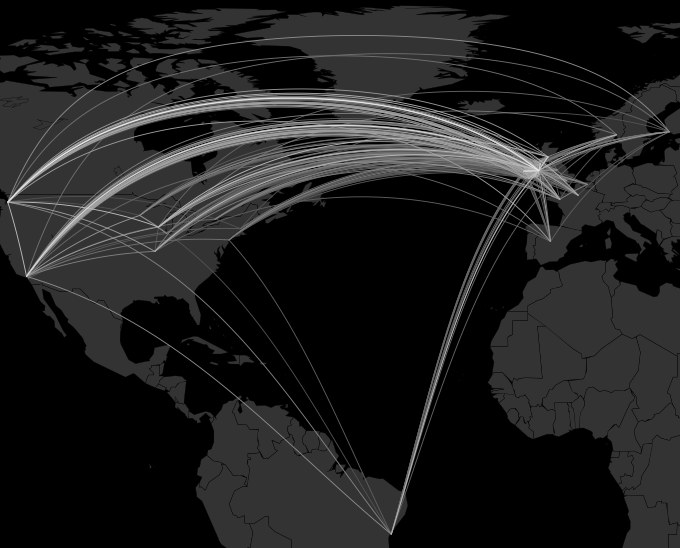 A common argument raised against the adoption of digital technology in non-Western cultures is that its proliferation contributes to erosion of local cultural values and practices. This cultural degeneration in turn leads to loss of identity and pride among young people, disrupting their focus and productivity, ultimately retarding social progress.  Should we then cut down on access to gadgets, the Internet and media content in a bid to preserve culture?

No. Technology generally influences us through the content we interact with on our computers, tablets, phones and other devices. Now, as the Internet in particular becomes increasingly a sort of “village square”, entertainment hall and library rolled into one, there is no doubt that most youngster will continue to throng there. The trick, really, is to get to the meeting place. Providing access to more local content is crucial to keep people in touch with their roots. Thankfully, technology has evolved to a stage where there are many tools easily available to create the software, graphics, websites, music and videos that will let each society transmit aspects of their culture to the youth, and indeed share their identity with everybody in a globalised world.

A number of interesting projects are currently helping to project aspects of less-represented cultures through digital media. The people behind them come from varied backgrounds, and have different interests, but their efforts wittingly or unwittingly lead to the attainment of a higher good. This post highlights a few of these projects, mostly from Ghana. Do not hesitate to add any fascinating initiative you know about in this space. Examples from other countries would be appreciated.

The goal of the Kasahorow Foundation is to promote African languages and to enable African children to “expand their understanding of the world around them in their first language.” Kasahorow provides a wide variety of tools such as dictionaries, installable keyboards, firefox plug ins, and language resources to make learning and usage of African languages easier in the digital age. Users can sign up for daily tutorials on kasahorow.org or click on particular language for a list of available resources pertaining to that tongue. Beyond this, Kasahorow also awards an annual fellowship for the “study, promotion and development of indigenous African languages.”

The indigenous tweets project was started by computer scientist Kevin Scanell to help revitalise dying languages. Kevin’s solution aims to bring communities of speakers together. By tracking tweets, the program has uncovered over 250 languages, about 139 of which are minority. Statistics for each language featured can be found at indigenoustweets.com. When a specific language is selected, top users and trending topics for the tongue are displayed. It’s also possible to make suggestions of users who should be included. There’s also a link to indigenous blogs on the website.

Nkyea takes the learning of African languages to another level through their software and language resources. Targeting travellers, business people and language learners in Africa, Nkyea aims to use their technology to enhance communication and understanding. This resonates with the name “nkyea”, which means “greeting” in Twi. According to nkyea.com, their software run mostly on windows, mac and iOS platforms.

Leti Arts produces games, comics and other African-themed interactive content from their studios in Accra and Nairobi. Originally birthed as Leti Games, and famed for putting the first African game on Apple’s Appstore, Leti aims at bringing the ancient African storytelling tradition to a new global audience. Impressively, they also aim to lead the development of a whole interactive media industry on the continent. Leti recently released the True Ananse Series, via their Leti App Center, for multiple mobile platforms. Their work has received many rave reviews and awards, culminating in a recent partnership with Intel. Leti Arts efforts to represent Africa’s ancient and modern heroes is both refreshing and relevant, as it signals that African culture can survive the digital age.

I’ve come across a few twitter users who tweet (almost) exclusively in particular languages less frequently used on the web. Their efforts are admirable and they should be encouraged to continue. Some of them are:

Although current trends show that modern technology can put certain cultures at risk, the same technology can be used to solve the problem. In fact, strategic use of the tools at our disposal will not only help to preserve less-represented cultures, but also help promote them to the entire world. Some individuals, NGOs and companies have taken the lead in this effort. What are you doing to promote some aspect of a lesser known culture online?

Ginger, thank you for your kind comments. It means a lot to me. I wish you all the joy and cheer of the holiday season!

This is a fascinating post, thank you! After a superficial look at the links, it looks like tweeting in indigenous languages not only preserves them, but spreads them. I sometimes tweet in Spanish, because I want to reach my Spanish-speaking colleagues and groups. Your perspective adds a whole new dimension to social media. I would love to hear from anyone who tweets in the languages listed at indigenoustweets.com In my ignorance, I have never heard of most of these languages. Please do answer Gameli's question: what are others doing? What else is happening in this sphere?