Literacy For A Cause

Please support literacy! It's a great cause to cut those barriers in employment through proper ICT education: http://www.slideshare.net/rustan108/rt-38-presentation-place-based

I am trying to stay warm in my office. We just moved to a new office so my classroom computers have not yet been set up and it's been a long week of moving. I just wrapped up the new curriculum I developed with our team n…

I found this interesting "piece" that can sum up key Internet issues in the Philippines forwarded by PREGINET (Philippine Research Education and Government Information Network).  Basically, any regular Internet user in the Philippines has to deal with one major problem - why is the Internet so slow? There is domestic traffic but all this traffic is being sent out of the country before returning to the Philippines. Bottom line is - the Philippines needs to set up a local Internet exchange.…

Last January 24 to 27, ISOC Philippines Chapter coordinated with APNIC and among others for a training and conference on IPv6. A summary of those events can be found in the ISOC website under "Monthly Newsletter" on chapter updates. If anyone is interested to read, here is the link:

In addition, one of our Diplo colleagues, Asif Kabani, also presented on "IPv6 in Pakistan" remotely.

I would like to invite everyone who is interested to join ISOC Philippines Chapter for the 2010 Philippine IPv6 Conference and Training this coming 24-27 of January 2011 at the Shangri-la Hotel, Ayala, Makati City, Philippines.  The upcoming event is…

I would like to share this great opportunity to the Diplo community for the upcoming ARIN (American Registry for Internet Numbers) XXVII fellowship program this coming March 2011 in Puerto Rico. The application period opened today, January 11 and will close on the 25th of February 2011. I got this news blast from Jud Lewis, Membership Coordinator for ARIN, whom I have personally met last October 2010 in Atlanta, Georgia. I was fortunate enough to receive the fellowship for ARIN XXVI in…

Two years ago, prior to the IGF Hyderabad in 2008, a group of Diplo associates started an initiative in updating the IGF (Internet Governance Forum) wikipedia. After the successful re-structuring of the outline and the addition of basic information regarding the IGF, and the outcomes of the previous IGF in Athens and Rio,the IGF Wikipedia space needs volunteers to help update the wiki prior to the IGF Vilnius. Here is what we have accomplished from the last two years:

Participants from the MENA L Group of the IGCBP10 shared their thoughts on e-commerce, particularly on regulatory frameworks. One said that there are no such clear regulations because it is not widespread in their region. People would prefer physical exchange of cash-for-items rather than shopping online and then paying online. Although the concept of e-banking is slowly maturing, many…

The MENA L group had some interesting thoughts for Week 5 on priority areas on legislation; and personal pirating. On priority areas, one participant simply wanted to add child abuse and pornography as a priority area, and with heavier penalties. At this point, I added a link on "Internet Crimes Against Children" from the US Department of Justice, Office of… Continue

This is a re-post from the post I received from TIG:

TakingITGlobal is pleased to announce that applications for the winter 2010 cycle of the Sprout e-course are open!

Sprout is an e-course designed for aspiring social innovators and environmental entrepreneurs who want to grow their project ideas and learn to create lasting changes in their communities. Innovative young people (aged 16-30) around the world are invited to apply to participate in Sprout, which offers a… Continue

I heard about the Supernova Hub through slideshare while I was uploading my presentation on Online Education during the IGF09 at Sharm. Slideshare's Rashmi Sinha is one of the presenter. If I were probably living near San Francisco, I would attend it. Sounds like an interesting event. So I am sharing this link to those interested or who have attended the Supernova Hub and might share some thoughts to some of us about the event. Would appreciate it! Perhaps maybe next year I can try to make… Continue

This is a long overdue posting for the APNIC 27 held last February 24, 2009 in Manila. I traveled to Manila and attended this event for the Internet Governance Pulong ("pulong" is a Tagalog word that means "meeting"). ISOC PH (Internet Society Philippines Chapter) recently rejuvenated and participated in this event. Below is the event details and transcripts:…

The Global IP System and the Consequences on Artistic Expression

Check this: Your International Travel Record

I always seem to find interesting articles at 1:00 AM Philippine time. Just when I am about to shut down my laptop and go to bed - here I am speculating the enormity of how anyone's travel can be recorded by Homeland Security. The link below is the actual experience of the blogger requesting his travel records. I must be that ignorant and not realizing that airline companies do give out our travel information. Should we be alarmed? Did we somehow give our consent to the airline companies to… Continue

eTalk: Should we urge a debate on Biofuels? 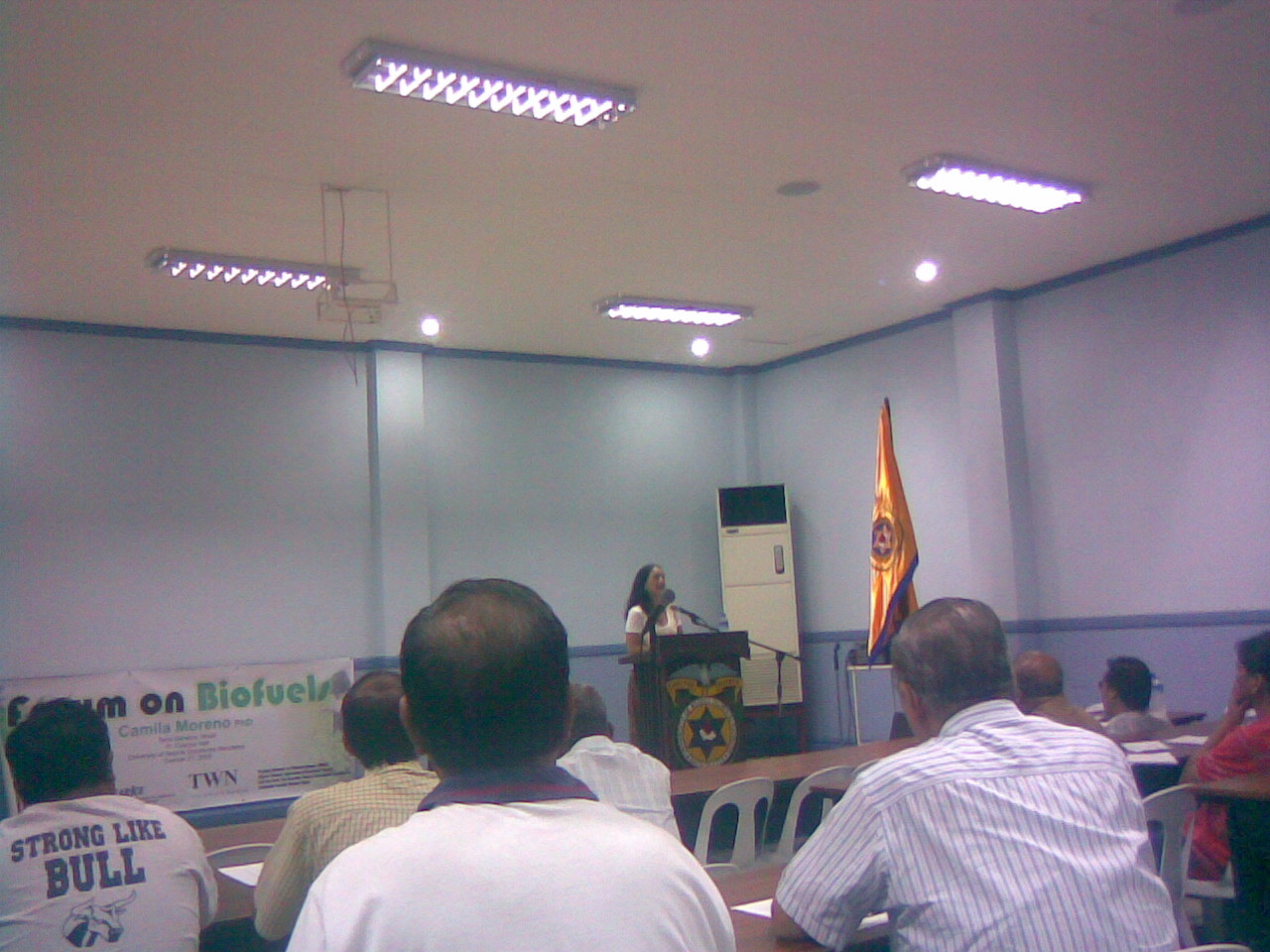 This is a re-post from my blogsite - blogpost and more pictures can be accessed in:[ http://charity.towerofbabel.com/2008/10/24/etalk-should-we-urge-a-debate-on-biofuels/ ]

One of the biggest power that the Internet holds is allowing people to participate on issues that affect the future. Much of the world’s ills and uncertainties are given a platform for discussion. This particular action to convey insights and reflections via the… Continue