by Hanane Boujemi and Fahd A. Batayneh

The 2nd consultation round for the “Regional Roadmap for Internet Governance in Arab Countries” was held on October 25-26, 2010 at the UN House in Beirut, Lebanon. DiploFoundation was represented by Hanane Boujemi who contributed in The Regional Roadmap on Internet issues in the Arab… Continue

Things keep going very fun and dynamic at the Diplo IGCBP team - here is a follow up email sent by Ginger to our Gaborone group: First, a warm hello, and thank you to each of you for your interest
in the Gaborone workshop, and your energy to making it a success. It
was a pleasure meeting you and learning a bit about Botswana. I was
amazed by the positive, willing energy shown… Continue

"Networked authoritarianism in China and beyond: implications for global Internet freedom

Earlier this month Rebecca MacKinnon presented a paper at Stanford titled "Networked authoritarianism in China and beyond: implications for global Internet freedom." You may find it to be of interest. It can be
downloaded via this link:…
Continue

Public Discourse in the Russian Blogosphere 
for the first time ever in Egypt and Jordan, Google will be hosting its Google Days in December, in Egypt
between December 8th and 10th and Jordan…

Security of Resources on the Internet is a challenge that some groups can focus on in developing country, in their perspective region
and country. However, challenges of lacking the human resources with skills
and knowledge as well as experiences in such fields of ICTs POLICY,
INTERNET…

This review is intended to provide a research focus for the e–Government strategy for the Hashimite Kingdom of Jordan (Jordan, Ministry of Post and Communications (MOPC), 2002a). The strategy sits
within the context of other initiatives related to education (Hamzeh, 2002; Heresh and Malas, 2002), poverty alleviation (Dajani, 2002), Arab culture (Joha, 2002a), and e–commerce (Roussan, 2001; Al Farawati,…

As one example, watch this one about TOR:


The whole series can be found at the following Youtube channel:…

See the link below on the judement.

Hello friends, Here is an interesting news for the Internet Community from developing countries:

The APRICOT 2011 is a summit to be held this year in Hong Kong from 21-25 February 2011 in Hong Kong SAR, China. The summit provides a forum for those key Internet builders in the region to learn from their peers and other leaders in the Internet community from around the world.

For personnel from developing countries to participate in the summit, the APRICOT Fellow Program… Continue

Connect with Dutch companies with the help of private sector instruments of the Dutch government!

Interliaise is an International Relation Development consultancy based in Amsterdam, the Netherlands. Our company focuses on ICT sector development in developing and emerging economies.

We assist ICT companies in 42 countries in connecting with Dutch Strategic partners, with the help of private sector instruments of the Dutch ministry of Development cooperation.

New Delhi: The
Government of India on Tuesday decided to give more time to BlackBerry
maker, Research in Motion (RIM), for providing Indian intelligence
agencies… Continue

The MENA ICT Forum is the MENA region’s premier biennial Information and Communications Technology and Information and Communications Technology Enabled Services (ICTES) industry event, held in Jordan under the royal patronage of His Majesty King Abdullah II. Previously held in 2002, 2004, and 2006 as Jordan ICT Forum, the event resumes its activities in 2010 under its new brand, the MENA ICT… Continue

Is Pakistan putting the UN Millennium Goals at risk? 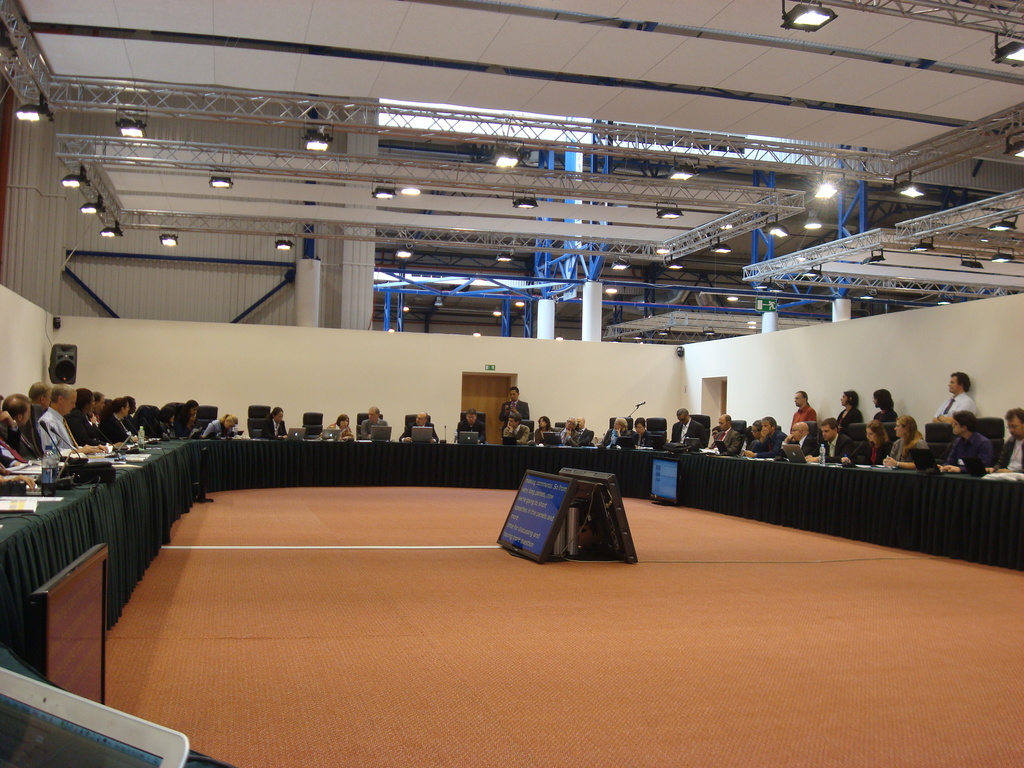 I was recently fortunate enough to attend the Internet Governance Forum

(IGF) 2010 meetings in Vilnius, Lithuania. The IGF is an international body, set up by the United Nations (UN) to address global issues of governance in the online world.
It has been running for five years now, and is linked to the UN’s Millennium Development Goals, of which Millennium… Continue

The Launch of Jordan's IDN ccTLD (.alordon) in Arabic

October 11, 2010 shall mark the official launch of Jordan's IDN ccTLD in Arabic (.alordon) (.الاردن). The launch shall take place in conjunction with the MENA ICT Forum (http://www.menaictforum.com/) at the Amman Business Park (www.dzc.jo). The event is expected to be officially open by his Majesty King Abdallah the Second - the King of Jordan.

The official launch of (.alordon) shall take place… Continue

The Public Voice Conference will take place this year in Jerusalem on 25 October 2010. (Information: http://thepublicvoice.org/events/israel10/) This event is held every year during the annual Conference of Privacy and Data Protection Commissioners' in Jerusalem, Israel (more information here: http://bit.ly/ac9z6z).

BECOME PART OF THE "ONLINE… Continue

For those interested in attending the ICANN meeting of March 13-18, 2011 in San Francisco, USA as a funded traveler, please do visit http://www.icann.org/en/announcements/announcement-2-05oct10-en.htm and fill out an application form. I hope to see some of you there!