More tips for fellowships and support for conferences: Mwende

As a follow-up from this series of interviews with fellows who got support to participate on the policy side and practice their Internet governance skills, here is a short one done with my friend Mwende Njiraini, from Kenya. Many of you know here since she is a longtime tutor.

Seiiti has given me the impression (I wonder how? ;-) ) that he likes odd ideas. This is a VERY odd idea that has just popped up out of a skype with Ginger, and the proofreading of my husband’s paper on Biodiversity – WHICH HAS TO BE SUBMITTED TOMORROW!

From my perspective the most urgent issue about Internet Governance is that, for most of the people of the world whose lives will be affected by it to a greater or lesser extent, it is simply a non-issue – don’t know, don’t care,… Continue

How to apply for Fellowships - Interview with Marsha

These days Vlada and Ginger have received a lot of emails of people asking how to apply for fellowships to go to IGF Sharm El Sheikh. As you know, there is much difficulty to ensure the right participation of people from developing countries to international conferences.

Because of that,… Continue

Keep up on the latest discussions about the IGF, and support the IGF at the same time....

In addition to this Group, you also have an official IGF page at the URL http://www.facebook.com/intgovforum

We hope to make information more accessible by… Continue

Hi everyone! We are all busy... working, planning, and playing--I hope!

Would you like to go to the IGF this year in Sharm El Sheikh? Join us at the group Diplo@IGF2009 as soon as possible. We are trying to pool ideas on finding funding, on getting there, and making the most of it. Please post your thoughts. You just might be the one to trigger a brainstorm... give it a try.

The new system of governance?

Once upon a time, a very long time ago, when I was just a little girl and the internet hadn’t been invented yet, my friend Michael and I were fascinated by the idea of space. Space hadn’t really been invented yet either, so for us in our small country primary school it was a place where anything could be possible. This story begins such an unimaginably long time ago that it even pre-dates television. We listened to the wireless – it hadn’t evolved… Continue

If you will be at the Regional IGF in August, in Rio, -- or even if you just want to hear about it, please sign up for the Diplo@LAC group, and join us in the discussion thread for the II Regional IGF. See you there. Ginger

if you are on Facebook, here is the official IGF page: http://www.facebook.com/IntGovForum .

As it attracts more fans, it will be a great place to duplicate the interesting discussion topics that you initiate here, and also point to links of interest.

Hello, friends! I was off for five days with my girlfriend in South Italy (Capri, Positano and Amalfi) and now returned fully recharged! I posted a couple of pics at my open album on Facebook

From the next days you will hear more from my experiments with social media. For example, I decided to embrace Facebook and Twitter.… 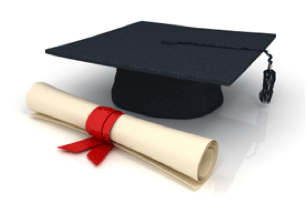 DiploFoundation and University of Malta

As an alumina of Diplo, It was a Great opportunity for me to attend the 35th ICANN Meeting held in Sydney as "ICANN's Fellow".

The 35th International Meeting of the Internet Corporation of Assigned Names and Numbers’ (ICANNs) Meeting in Sydney Australia – from June 21-26, 2009 was attended by ICANN’s global, multi-stakeholders community with an aim of tracking many issues surrounding the Internet’s unique identifier system which they seek to improve and… Continue

Will anyone besides Tracy Hackshaw, Sheba Mohamed and I be at the LACNIC meeting next week? We must have a Diplo get-together, of course! I arrive on Wednesday, the 15th, about noon, and will be staying at the Crowne Plaza, across the street from the conference venue.

Hope to see you there,
Best, Ginger

Diplo should be in the top 10--Vote now if you agree!

Diplo should be in the top ten:

DiploFoundation is a nominee for the "Top 10 Who Are Changing the World of Internet and Politics" at PoliticsOnline.com.

Take a look - It is quick and easy to vote here: