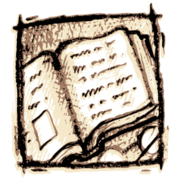 There is much of various development on the internet. Being a social media - a melting pot of ideas we face new paradigms every day. Memes, rules of online communities, online trends of interest.…Continue

You need to be a member of eEducation and Media Literacy to add comments!

The Internet Society Kenya Chapter in cooperation with UNESCO have developed an English /Swahili IT (Information Technology) glossary and terminology Wiki platform (http://ictglossary.wikia.com/wiki/). for The ICT Teacher Training Framework is http://unesdoc.unesco.org/images/0021/002134/213475e.pdf page 92 – 94 and the Media and Information Literacy Teachers curriculum, http://unesdoc.unesco.org/images/0019/001929/192971e.pdf page 181 to 192.
However, the platform is to be populated with other ICT terminologies to enhance its use to all users. Comments and suggestions are most welcome

Comment by Ljubisa Gavrilovic on March 26, 2010 at 2:05am
Being digital from preschool to a university....

Comment by Ljubisa Gavrilovic on February 17, 2010 at 10:14pm
Comics as media literacy tool - From the Tour of Bitstrips

Bitstrips for Schools (Comiscs for Classroom) show how technology can be used to instigate creativity. http://www.bitstripsforschools.com/

Comment by Ljubisa Gavrilovic on February 4, 2010 at 1:22am
Resource: Wikiversity

Sony e-Reader (and its relation to Google books)
- http://www.pcworld.com/article/169634/sony_offers_new_touchscreen_e...

Comment by Ljubisa Gavrilovic on February 3, 2010 at 3:26pm
iPad is out. Aside device frenzy comments what and how it does things and that it comes as oversized iPhone/iPodTouch, another a bit less advertised Apple move has caught my attention:

It is somewhat known that this x-mass season was great selling success for Amazon e-reader called Kindle.

Apple with the release of iPad is obviously trying to put their foot in another media market, this time of digital books. After success of iTunes (store) for distributing music and later video's and an AppStore to distribute iPhone apps, now we have iBooks and iBookstore.

To me it is interesting to see where we will go with digital books. Paper books, with this strong industry push, and convenience of carrying favorite library in your pocket, will very likely start to disappear. This could easily create another revolution as we humans, through the history, based our knowledge on books. Books need some care but work without electricity and with a little light are readable regardless of some device or format of storage. Digital book revolution may bring several concerns, opinions and discussions.

We have major industry players in this game (among a number of smaller reader products):

- Adobe with software Reader that became major standard for digital documents and is available for almost any computer, major smart mobile phones and other pocket devices
- Amazon being largest online book reseller that has to catch on to the digital book revolution with their solution
- WikiReader that is based on very popular Wikipedia (mentioned in earlier post)
and now,
- Apple with iBooks app and iBookstore (http://theappleblog.com/2010/01/27/ibooks-app-ibook-store/)

Libraries will not cease to exist but bookshelves and book shops may transform significantly or disappear very much like CD stores. Question remains - how future will look like with no visible books and with multitude of various digitally protected storage formats?

A device to read wikipedia. Aid tool for education.

Comment by Ljubisa Gavrilovic on September 28, 2009 at 12:12pm
Until we diversify these two subjects, lets keep it under one umbrella. If you believe this two subjects shall be separate here on IG - please vote/comment.

Steve Wozniak will be talking about education and tech on Sept 24 via WebEx, should be interesting http://bit.ly/1XJrO

Comment by Ljubisa Gavrilovic on September 21, 2009 at 11:54am
There are various terms used in this area: e-learning, distance learning, online lecturing, etc. All of these describe specific activity that include teaching or studying. I have selected eEducation proposing to cover various aspects of electronic form of education. Perhaps it is not a most appropriate solution for everything thus my only argument is that whenever someone teaches and someone learns it is called education.

Thank you Marina, It is very good question! Is "media literacy" part of eeducation or not?

From other side we can also ask is: eEducation only when someone uses online system to study or teach, or also, incorporate meaning of ones knowledge of electronic media or (to extend) knowledge of digital tools - regardless how that knowledge become to be? Basically term of being eEducated.

A bit more, is eEducation also a form of learning where one part (e.g. teaching) is replaced with machine - thus missing human teacher - for example in various forms of self-learning or digital toys?

Thank you for opening questions it is always welcome to define terms we are using before we start using them. I welcome more reaction to these questions.