Posted on behalf of Jovan Kurbalija: 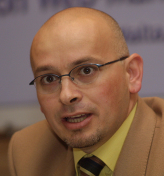 QUOTE
Late last night UNESCO elected a new secretary general, Bulgarian diplomat Irina Bokova. After six rounds of voting she won against Egyptian cultural minister Farouk Hosny who was considered to be the favourite for the post. The voting was an anti-climax after a long campaign lasting for months, and involving a wide variety of diplomatic techniques that we label “Candidature Diplomacy”.

Candidature Diplomacy is not very visible to outsiders. It is not studied or researched. But it exits. It involves certain techniques. It takes a lot of time for effective candidature diplomacy, especially for those placed in multilateral centres. It poses many management challenges for diplomatic services.

Candidature Diplomacy puts pressure on diplomatic services, especially in the main centres of multilateral diplomacy (New York, Geneva) where most “candidature swapping” takes place. Lobbying for candidates involves many aspects, including a country’s prestige, the personalities involved, and can act as an extension of national political dynamics. The higher the level of a post in an international organisation, the more political the candidature process becomes. Lobbying is very often an extension of national politics either by trying to promote prominent members of ruling national elites, to remove them from national politics, or both. It makes Candidature Diplomacy a particularly delicate activity and sometimes a nightmare for diplomats.

How does Candidature Diplomacy work? Every year hundreds of positions in international organisations are open. In most cases, since every vote counts in an election in the UN and other international bodies, every country is involved in this process.

Countries are asked to both provide support and ask other countries for support. Lobbying takes place simultaneously through different channels; in New York and Geneva, in bilateral missions, and through direct contacts between ministers and senior officials. It makes Candidature Diplomacy a considerable management challenge for all countries, not only for small diplomatic services. How does a country avoid obligations to support to several candidates from different countries for one post? Who to support? Is it possible to swap requests for support?

In a way Candidature Diplomacy is a serious test for the management capabilities of diplomatic services. It is also a field where ICT can help by providing practical and simple solutions (by creating candidature databases).

Replies to This Discussion

Permalink Reply by Marília Maciel on September 27, 2009 at 6:00pm
Very interesting, Jovan. Outsiders really don't have a clear idea of the amount of work, negotiation and political capital that candidature diplomacy entails. I saw that this database is mentioned in that poster about e-diplomacy in Diplo office. Is this database in place? Has it been used? What were the outcomes? Any way to see it?

Permalink Reply by Marsha Guthrie on September 28, 2009 at 2:53am
This is indeed very interesting. I knew that this type of lobbying existed but was not aware of the term given to it or the true extent of it. It is especially difficult for small developing countries with few resources.

Permalink Reply by Ljubisa Gavrilovic on September 28, 2009 at 10:26am
Marília Maciel said:

Is this database in place? Has it been used? What were the outcomes? Any way to see it?

Sir: People could even think that if a politician disturbs his party (this could stick to some of them as far as public opinion), he is "kicked up" ... (I'm sure is not the case). But still, a diplomat is a technocrat, a professional working officially for a government who often ret as a second class Minister plenipotentiary, defending commitments with loyalty the interests of his nation. I don't think a diplomat should thrive in a matter totally politicized.